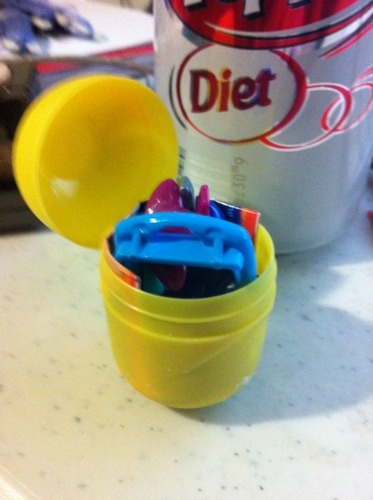 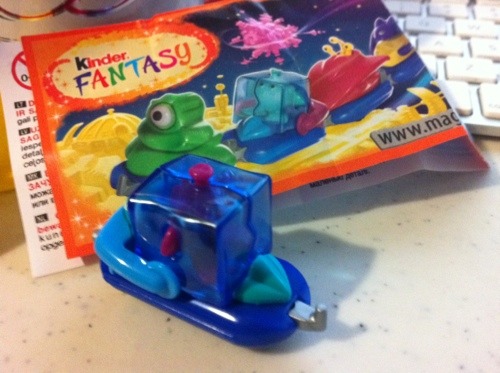 Most of the towsnfolk had already dispersed, heading home to wash the blue slime out of their clothes. Old Lady Marston was gently led away, still shouting about Jesus and her lumbago. Carl Parker had gone to fetch his tow truck, and had hauled the abandoned spacecraft off to his gargage to get it out of the way until someone decided what should be done about it. Someone brought mops and buckets from the hardware store, and the handful of people remaining started cleaning up the cyan-colored splatters as best as they could. No one spoke about what had happened; it was too much to process right away. Perhaps later, at the bar, or at their homes, people would begin to discuss the event in hushed tones. For now, however, there was an obvious job to be done, and people grateful for something to do other than stand around looking baffled.

Another faint shrill piping noise cut the silence. “Oh, for the love of…” Mike Farley began, but he trailed off as the second strange blue spacecraft descended. This one was slightly different, with a large mechanical clamp holding a square block of ice. Despite themselves, the townsfolk put aside their mops and approached the craft. Another alien, this one small and purple, could be seen within the frozen cube. As the clamp opened with a mechnical whine, the ice began to crack and split. The block shattered, and the people stepped back quickly as fragments clattered onto the pavement. The small purple alien looked around, and hopped down from the craft. “Local communication procedure analyzed,” it said. “Conceptual transmission encoded via airborne vibration. I greet you, persons.” Everyone looked at Mike, who happened to be standing nearest to the alien. “Err… Hello,” he said. “Last known coordinates of Diplomat Name Unpronouncable, this location. I request you provide information as to the whereaBLURST“ “Oh God damn it,” Mike said, as the others uncovered their faces and started brushing purple goo from their clothes. “Some of that got in my mouth!”