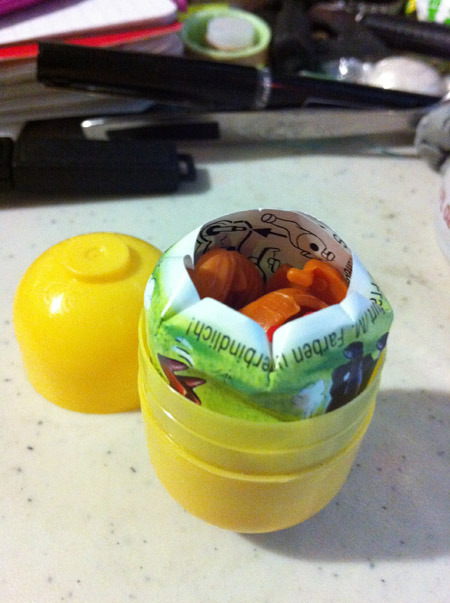 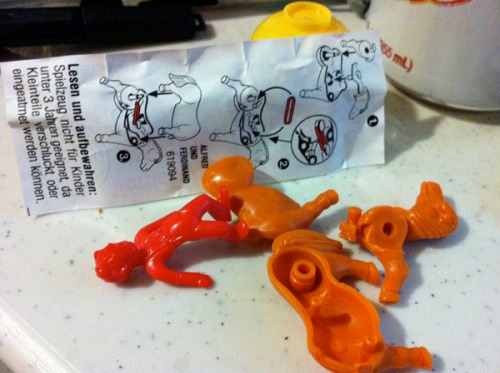 Oh man. This one is pretty awesome, you guys.

(It’s funny — there’s a sort of margin of middlingness that a toy has to hit for me to write a story, it seems. If it’s too lame, I end up just grumbling about it, or writing limericks. If it’s too awesome, I just want to write a review of it. Anyway…)

At first, I considered just leaving the horse unassembled, and writing a little story about how the farmer was injured when his horse exploded. But then I realized what this toy does.

It’s got a rubber-band in it. You push down on the horse’s head, and he kicks the farmer in the balls. 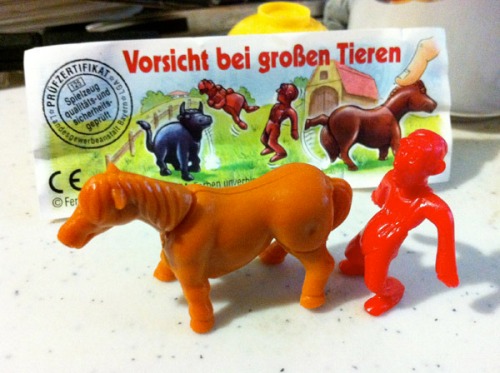 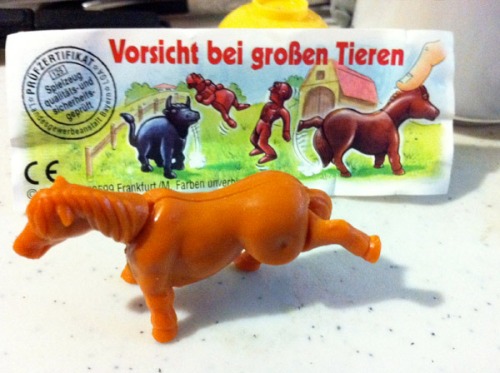 Figure B: Farmer is on the other side of the desk

Jesus just look at that Figure A. Look at how that farmer is posed. I hesitate to make a joke about horse-fucking, because hey I do not support bestiality culture you guys. But seriously yeah this is self-defense on the horse’s part.

On the other hand, hey, maybe there isn’t any horse rape here. I dunno if you guys can tell from that picture, but this farmer is seriously retarded-looking. I don’t mean that as a general-purpose insult, I mean it literally: he looks like a retarded man. Thick protruding brow ridge, heavy-lidded half-open eyes, facial expression of general constant mouth-breathing bafflement at his environment and the events happening within it. Also I’m not sure if he’s wearing a beret cocked at a jaunty angle, or if his head is kind of melting.

So, you know, maybe a morning ball-kick is just how he starts his day. After this he has to go fall out of the barn loft a couple times, and then chase a chicken around with a bucket.