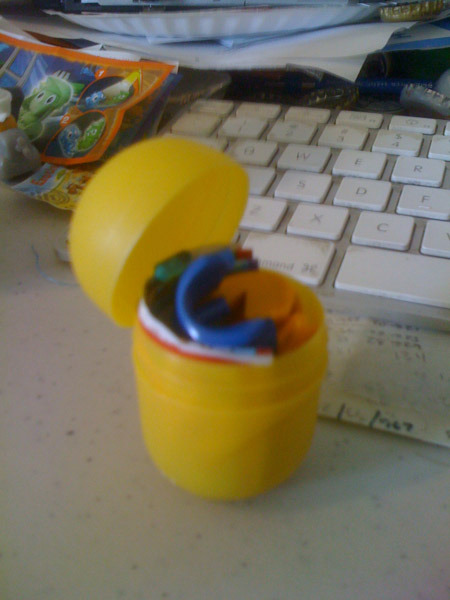 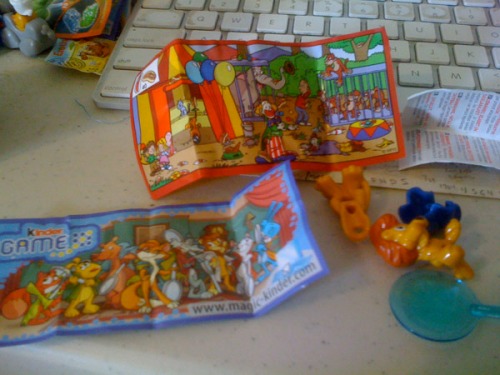 “I’ve told you over and over. I’m not a detective any more. Get someone else to help you with… whatever your problem is.”

“I hung up that giant magnifying glass a long time ago, Art. The only glass I’m interested in now is this glass of scotch.”

“Lenny, please. I’m begging ya. I know you quit being a detective, you quit the circus… but you’re still family. We’re still your family. We need your help.”

“Goddamnit, Art… all right. All right! But this is the last time.”

“Thanks, Lenny. I knew you’d come through for us.”

“Yeah, I’m a real sucker, all right. So what’s the problem?”

“…Sorry Art, my hearing must be getting worse in my old age.”

“Steaks, Lenny. All over the goddamn place! Creeping around, hiding behind things… it’s like they’re alive! Like horrible beef slugs runnin’ amok!”

“I’m not shittin’ you, Lenny. You remember Mickey? The clown? We found his corpse just lying on the ground in front of the monkey cage. He had a steak in his hand, another one on his neck, and a third one tucked up under his shirt, restin’ right on his ass.”

“You gotta help us find them all, Lenny. Forty of the damn things. You gotta hunt them all down before they kill again.”

So I did what I had to do. I took my giant magnifying glass down off the wall and I hunted those damn steaks.

I started out in the Big-Top. There were two laying right in the bleachers; a blue kitten was sitting on one of them, smiling like he didn’t have a care in the world. A dog was balancing a third one on the end of his nose, with a fourth one lying in the dirt nearby. As I left the tent, a fifth one fell on me from above the awning, and that’s when I knew they meant business. There were two more hiding in the balloons, as a nasty surprise for an unsuspecting kid… wait!

“Kid, look out!” I shoved the little boy out of the way and fired a .22 slug into the steak that was creeping up on him. The meaty blob twitched as it died.

“Th-thanks, mister! You saved my life!”

“Don’t mention it, kid. Just get your cotton-candy-eating girlfriend and get the hell out of here before it’s too late!”

There were two more hidden in the grass nearby, and one behind some rocks. Another in a bowl of dogfood, and one sitting nonchalantly in a bucket.

I ran to the elephant cage, but I was too late to save my old friend Ed. There were two of the abominations inside the cage with him, one perched on top, and two more sitting on the poor beast’s head, draining the life out of him.

I picked up the hat, and gently closed the big brown eyes, now blank and lifeless. Poor Ed. He didn’t deserve this.

I ran over to the clowns, but my intuition told me there was no point to running. There was Mickey’s body, three steaks sitting on the poor dope just like Art had described. Raul was still standing, but just barely. He was juggling spastically, going out the way he had always lived. Except for the addition of two steaks on his feet, another on his back, one in his pocket, and one mixed in with his juggling balls.

“Lenny!” he wheezed, his arms flailing on autopilot. “Help… help me…”

I should’ve put a bullet through his brain. I should’ve put him out of his misery. But I couldn’t do it. And I’ll never be able to sleep the same because of it.

And Clara — poor old Clara. There was her hat, with two steaks lying next to it. Of Clara herself, there was no goddamn sign.

Three more steaks on the ground. Two in the bushes. One in a tree. A bald man clutched at his head, moaning, as one steak started in on his legs and another on his hands.

That left five more steaks, and I found them in the monkey cage.

I never liked monkeys. Hated them, in fact. But what I saw, I wouldn’t wish on my worst enemy.

Clouds of thick, greasy black smoke filled the air as I stumbled out of the burning wreckage of the circus. It was a desperate maneuver, but fire was all I could think of — burning, cleansing fire. Fire to stop the steaks. I just hope to god it was enough. I hope none of them got away.