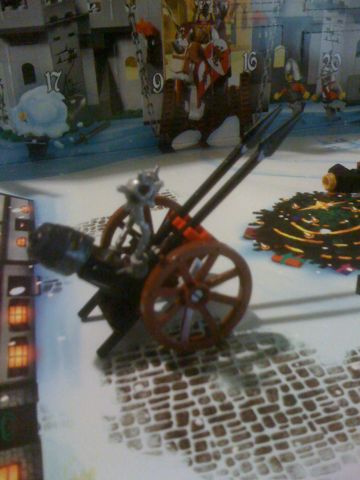 The enigmatic knight (actually I think I’ll call him Sir Nigma) has claimed a death vehicle of his own, though his is decidedly more old-school, and requires some kind of squire or servant to push him along. Much less flashy than Blacksmith Marty’s rocket-sled, but it has got twice as many spears, so there’s that.