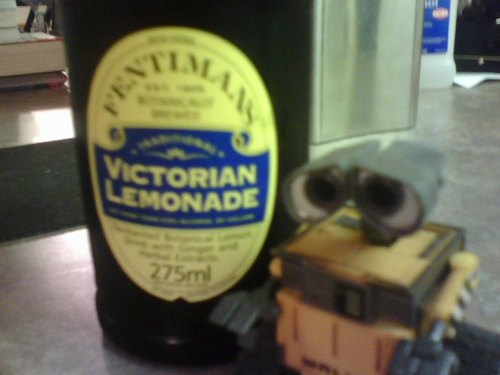 Smells: Like someone peed in my lemonade. There’s a picture of a grinning dog on the upper label. Maybe he did it.

Tastes: Sour. Surprisingly sour. A little bit herbal. Extremely sour. Nearly as sour as those candies that say “SOUR” prominently on the label because that’s all they’ve got to offer but by George, they’re offering a lot of it. Not quite that sour, but very sour.

It’s not bad… pretty decent. But it’s a bit overpowering. You can’t really do anything else when you’re drinking it, because it shocks you out of whatever it was. “HEY!” it says. “You’re drinking something VERY SOUR! Don’t forget!”