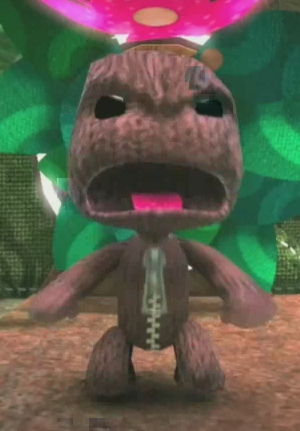 Sony’s long-awaited and much-buzzed LittleBigPlanet will be delayed worldwide. All copies sent to retailers are being recalled after audio samples from Muslim religious text the Qur’an were discovered in the game’s soundtrack, according to new reports.

At first I was pissed that the game was delayed. But when I heard the reason, I decided to allow it, because that is hilarious.